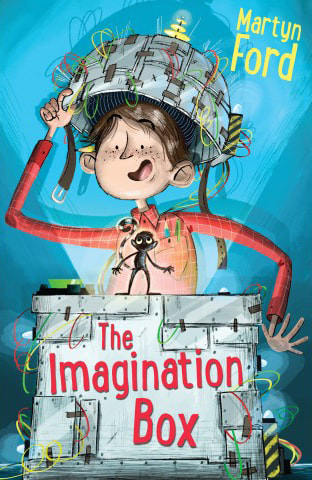 "There is a box. Anything you imagine will appear inside. You have one go, one chance to create anything you want. What would you pick?

That’s exactly the question ten-year-old Timothy Hart gets to answer after discovering The Imagination Box. The greatest toy on earth.

The top-secret contraption transforms his life, but when the box’s inventor, Professor Eisenstone, goes missing, Tim knows he has to investigate.

With the help of a talking finger monkey called Phil, he sets out to find the professor. In order to rescue his friend, he must face his darkest fears and discover the true potential of his own mind."

Some people have read it and written what they think:

'Here’s an entertaining, high-tech spin on the genie fable... The Imagination Box is children’s fiction in the classic mode, with double crosses, deceitful adults and narrow escapes all meshing into a solid mystery plot. Yet there’s a dark undercurrent too, and a timeless be-careful-what-you-wish-for message.' - James Lovegrove, Financial Times

'A hugely entertaining adventure with plenty of action, comedy and genuinely scary moments.' - We Love This Book

'Hilarious and extremely enjoyable. This comic story will appeal to both boys and girls and will definitely make readers laugh.' - Books for Keeps

'A splendid adventure, hilarious and harrowing in turn and so strongly cast that even the precocious pocket primate doesn’t steal the show.' - Kirkus Reviews, Starred Review

THE IMAGINATION BOX: BEYOND INFINITY

"Timothy Hart is getting used to the good life with his imagination box. Anything he can imagine, he can create, which is great, yeah? However, there is one rule - the box mustn't leave Tim's room.

But Tim has never been good at following rules - especially when there's the opportunity to imagine his homework into being without actually having to do it. Tim is feeling rather pleased with himself...

Until he notices the strange people following him, and then chasing him, and his beloved imagination box being ripped from his hands.

He'll need the help of a top secret scientific institution if he's going to save the imagination box from corruption of the worst possible kind."
​
Sequel to the critically acclaimed debut, The Imagination Box.
​

THE IMAGINATION BOX: A MIND OF ITS OWN 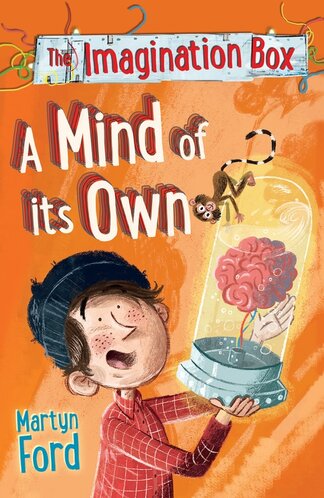 "Nearly a year has passed since Tim, Dee and Phil the finger monkey (with the help of some fire-breathing bear-sharks) defeated Wilde Tech Inc and destroyed the imagination space.

​But since then, it's become increasingly clear that there's something wrong with Tim. His imagination seems limitless - anything he imagines immediately appears in front of him, with no need for the imagination box. Which has both good and bad consequences.

Then, in the blink of an eye, everything changes. Tim wakes up and discovers he's in his old orphanage. No one, not even Dee, knows who he is. He's completely alone - his worst nightmare.

​But soon he realises who is to blame. His old enemy, Clarice Crowfield, has hijacked a new, all-powerful machine and created a reality where she is in charge. Tim must find Professor Eisenstone, convince Dee that they really are best friends (and, of course, recreate Phil) - then literally put their world to rights."

The Imagination Box series is also available in various other sections of planet earth, including: